VN Express reports that a large number of fake Lacoste shirts have been seized in Vietnam:

Authorities have confiscated thousands of fake branded T-shirts carrying names like Nike, Gucci, Lacoste and Adidas from a garment maker in Hai Duong.

The department seized 6,446 finished T-shirts and 2,050 unfinished ones, apart from several kilograms of accessories like buttons, sewing thread and plastic covers, for further verification and investigation.

The India Business Law Journal reports that they are seeing increased cases where global brands are bringing trademark infringement cases against local Indian entities. In particular, they report that:

In the case of Lacoste SA v Suresh Kumar Sharma, the court granted a permanent injunction restraining the defendant from using the Lacoste mark. The plaintiff had initially applied to the court to issue a John Doe order (which is passed when the true and exact identity of the defendant is not accurately ascertained) granting a permanent injunction to restrain the violation of the trademark of, and copyright in, its well-known products. The trademark covered clothing, footwear, perfumes, leather goods, watches, eyewear and other related products.

After the court appointed a local commissioner to investigate the matter and report back to the court, an application was made to specify the name of the defendant as shown in the name of the case instead of passing it against anonymous entities. The local commissioner discovered 290 shirts and 850 tags bearing the impugned mark, which were being stored for sale at a location connected to the defendant. No challenge had been made to the report and the court held that the defendant was supplying infringing goods under the Lacoste trademark. The use of the trademark was both an act of infringement and passing off. The court granted a permanent injunction restraining the defendant from using the Lacoste mark and infringing its copyright when supplying the concerned goods.

According to the Journal, “this case is a good example of how big brands are instituting infringement cases to protect their trade names from future infringement, without knowing the exact identities of defendants and where the quantity of goods involved may be small. Read more at Vantage Asia.

On October 5th, 2018, a raid was conducted against Amit Apparel in Ludhiana, and a huge amount of Under Armor and Lacoste counterfeits were seized. As a result of the raid, and the ensuing civil suit the Delhi High Court has shut down Amit Apparel, and the court “froze the manufacturing unit of the infringer directing it to maintain status quo on title, possession and construction thereof until further order.” The details of the case can be read about at legaldesire.com.

According to the International Law Office website, “the Alicante Provincial Court (acting as the EU Trademark Court) dismissed Equivalenza Retail, SL’s appeal against the Alicante Commercial Court Number 2 judgment of 13 February 2017, in which it had been sentenced for infringing various perfume trademarks owned by Hugo Boss, Gucci and Lacoste in the context of its smell-alike business.” Lacoste and several other brands had filed suit against Equivalenza for selling and marketing “smell-alike” perfumes and making unauthorised use of their registered trademarks both in comparison lists and orally in commercial speech.

The earlier judgement had ordered Equivalenza to:

You can read the details of the case here.

Lacoste scored a victory over counterfeiters in India. The World Trademark Review reports:

Lacoste S.A has prevailed in a counterfeit court case brought against two Noida-based firms for the sale of counterfeit Lacoste products. The win, in the Patiala House Court, marks the culmination of a three-year legal battle with the two infringing firms, which were ordered to cease the sale of counterfeit Lacoste goods and pay damages to the company on account of loss to goodwill and reputation suffered from the sale of fakes. The suit was filed against M/s Fashion Zone and M/s Export Hut, which were using the LACOSTE mark, along with the crocodile logo. The court accepted the suit and appointed the local commissioner to carry out search and seizure actions on the infringing firm’s premises.

One of the counterfeiters was fined one hundred thousand Rupees and both were required to forswear further counterfeiting. 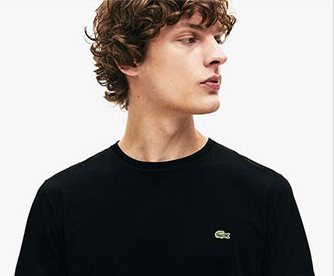