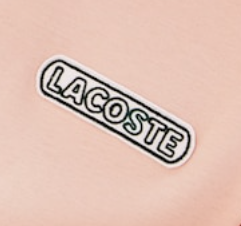 Felipe Oliveira Baptista, who was formerly Lacoste’s head of design, debuted his first collection for Kenzo at Paris Fashion Week. According to reports it was received well, if not with a lot of enthusiasm. The Mainichi commented:

Though it was not a triumph, the Portuguese-born Oliveira Baptista — who had previously revived Lacoste — put out a solid and saleable collection of men’s and women’s designs that successfully pushed the house toward a focused and minimalist mood.

The review by the New York Times was similar. Read more at The Times or The Mainichi.

This week Lacoste are focusing their promotion efforts on their Heritage Collection, which they describe as “chic with a twist.”  You can see the pieces at the Lacoste Store.

Lacoste has named Louise Trotter as their new creative director. Her appointment marks the first time a woman has sat at the creative helm of the French sportswear brand, which is celebrating its 85th anniversary this year.

She succeeds Felipe Oliveira Baptista, who exited the brand in May after an eight year tenure, leaving an in-house team to design the brand’s Spring/Summer 2019 collection. Trotter’s debut collection for the house will be Autumn/Winter 2019.

“Her visionary approach on lines and materials, as well as her expertise in creating highly technical pieces will be real assets to strengthen the positioning of our collections,” Thierry Guibert, president of the Lacoste Group, said in a statement.

“For 85 years, the modernity of Lacoste style lies in this singular fusion of sport and fashion,” Trotter said. “I am proud to contribute to the writing of a new chapter in its history.”

Here’s a wider sampling of the reaction to the show featuring Lacoste’s new Spring/Summer line for 2012.

Elle said “At the Lacoste show this morning, there were still the polo shirts and the crisp, tennis court-ready pants that made it a household name—but if the collection proved anything, it’s that the label isn’t afraid of change.”

Overall, reaction to the new line seems to have been very positive.

Felipe Oliveira Baptista had a nice debut at Lacoste this morning with a collection that featured women’s looks largely based on rugby shirts, some cool outerwear pieces and, for men, a larger-than-usual piqué used on blazers and polo shirts that looked nice and breathable. Mr. Baptista, who is Portuguese by birth, shows his own line in Paris and took over Lacoste this season from Chistophe Lemaire, who scooted over to Hermès.

“I grew up with Lacoste,” Mr. Baptista said. “It was a very big challenge to go and work with a brand that is so worldwide and enormous. I wanted to make things simple, but simple that doesn’t mean boring.”

Read more about the new clothing line at The New Guy at Lacoste.