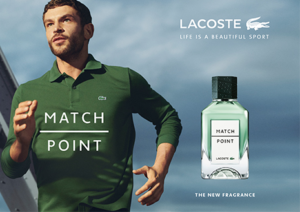 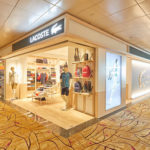 Currently operating more than 170 travel retail boutiques worldwide, Lacoste is looking to strengthen and expand its DF&TR business into new geographical areas and develop new channels such as cruise and online.

It is also exploring new ways of connecting with consumers before, during and after trips.

As part of its continuing expansion in duty free shopping areas, Lacoste has opened a new store within Shilla IPark Duty Free in Seoul, Korea. 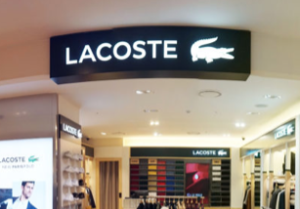 Lacoste CEO Asia Pacific & Global Travel Retail Jean-Louis Delamarre touted the new store as an enhancement of their Asian presence in travel retail. Travel retail has become a key part of Lacoste’s strategy, and they now have around one hundred and seventy stores within the category

I was visiting Singapore last week, and while waiting for my flight at Changi Airport did some shopping. That’s when I discovered that there is a Lacoste Store in the Terminal 3 Shopping area. I took a couple of pictures there, which I’ve included in this post.

Overall, it was pretty much like any other Lacoste store, except for a greater amount of embroidered crocodile items than I’ve seen at American stores.