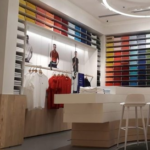 Lacoste has begun reopening its U.S. boutiques and outlet location by implementing a slew of new operational guidelines. Eight locations throughout Texas were the first to reopen May 8, followed by additional stores in Florida, North Carolina and Ohio on May 15. Others will reopen as local mandates allow.

Lacoste is also taking two major steps to reassure customers. First, “each store will follow a cleaning and disinfecting process prior to opening and also mid-day” using a professional cleaning service. Secondly, Lacoste will be offering real-time data to their customers:

Customers will be able to scan QR codes within the retail stores that will give them live updates on how many times and when the retail store was last professionally cleaned and sanitized, as well as the store’s current capacity so it does not exceed its threshold. 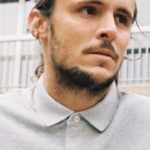 Last week the premium sportswear retailer unveiled a collaboration with the Save the Species charity, which saw its iconic crocodile logos replaced with selected endangered species as part of International Day for Biological Diversity.

All proceeds collected by the UK flagship store and eight other international stores will go towards the International Union for Conservation of Nature (IUCN) charity.

The collaboration offers 10 limited-edition polo shirts, representing the number of endangered animals known to remain in the wild.

To celebrate the collaboration, Lacoste transformed its Covent Garden store by replacing the crocodile with the Yemeni Mouse-Tailed Bat.

According to Fashion United UK, Lacoste has confirmed the appointment of Jamie Givens as their new Chief Executive for the UK and Ireland:

Givens, who joins Lacoste from Levi’s, where he has spent 8 years in various senior positions in sales and marketing, has been tasked with accelerating the growth of the UK and Ireland business, whilst further strengthening Lacoste premium casual wear positioning, said the brand in a statement.

Lacoste added that Givens brings with him a “solid brand development expertise across various markets and channels,” as he has previously held both regional and global responsibilities across wholesale, retail and marketing for brands including Dockers, where he was commercial director for the UK, Benelux and Scandinavia, Tigi and Dim. 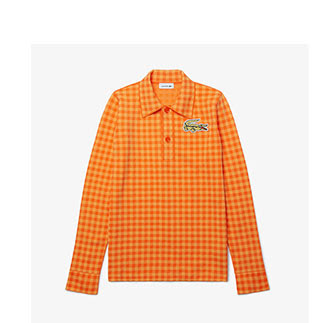