In a recent story, Footwear News reports on the efforts of Adidas, K-Swiss and Lacoste to prepare special retail events and products for the upcoming US Open, which will be held Aug. 26 to Sept. 8 at the USTA Billie Jean King National Tennis Center in Queens. On Lacoste, specifically, they report:

Iconic tennis brand Lacoste scored a big win two years ago, when it signed Novak Djokovic as its apparel ambassador. The No. 1-ranked athlete continues to dominate on the circuit and is heading into the U.S. Open with two Grand Slam titles under his belt for this year alone (Wimbledon and the Australian Open).

At the matches in Queens, Djokovic will wear a vivid-blue Lacoste polo with black and white details, paired with black shorts.

For coverage of the other brands, see the original story.

Novac Djokovic has been cruising through the 2018 US Open and he’s been doing it in style wearing a shirt created just for him by Lacoste. Now, though, you too can buy the MEN’S SPORT PRINT TECHNICAL JERSEY POLO – NOVAK DJOKOVIC ON COURT PREMIUM EDITION from Lacoste.The shirt  is an ultra-dry jersey polo featuring raglan sleeves, a ribbed two-button polo collar and a breathable mesh panel on the back. It also has an exclusive Novak Djokovic logo, and (of course) a green crocodile logo on the chest. 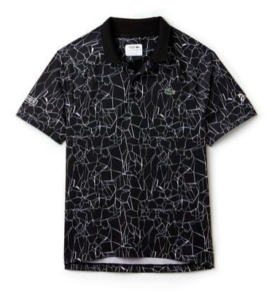 Best of all, it comes in a wild, eye-catching graphic print. Get one before they are retired, and you have to live with the regret. 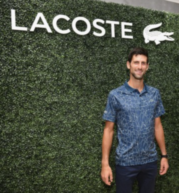 Djokovic set up a US Open semi-final clash with Japanese ace Kei Nishikori by beating John Millman 6-3, 6-4, 6-4 this morning in the US Open. Djokovic last played, and beat Nishikori at Wimbledon, and he credits his switch to Lacost from Uniqlo for the victory:

“I played him once I think since I changed to Lacoste from Uniqlo, so I think Uniqlo was the key of the success. That was a very bad joke. Yeah, it’s 1am, guys. I’m sorry. I’m just trying to make this interesting.” 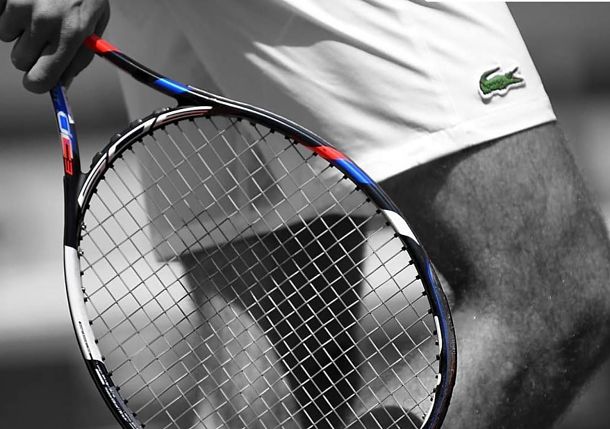